Focused on the Indian market – learn about the differences between copper and aluminium conductors in your wire and cable product selections. In critical fire performance applications, the cables you select must be carefully considered to ensure they are safe, compliant and reliable in service.

At present, India’s market usage share of aluminium (Al) wire and cable products is at a staggering 80%. This means that only 20% of cable products being used have copper (Cu) conductors, which is in huge contrast to some developed countries. Typically, copper cable products are mainly used for house wiring, instrumentation and control, as well as special application cables including: low voltage (LV) fire resistant and extra high voltage (EHV). Natural raw, in-country supply of aluminium is available and so the government encourages the use of aluminium wires and cables. In comparison to copper, aluminium offers a commercially viable and affordable option.

International cable standards recommend the use of either an aluminium or copper conductor depending on application. Copper has better conductivity than aluminium overall, and in order for an aluminium conductor to carry the same current or load it will need to be at least one size higher than its copper equivalent. For example: a 185sqmm Cu would offer the same load current as a 240sqmm Al conductor.

In either case, the appropriate certifications should be obtained to prove product quality and compliance to the required standards, in order to safeguard users when the cables are eventually installed. Cables are the main power source for many applications central to keeping businesses and infrastructures operating.

Whilst the quality of the conductor is important, a cable product certification also assesses the quality of insulation and sheathing materials, as they play a major role in the cable design. Test methods and design parameters are similar for both conductor materials, but electrical conductivity of aluminium is only equivalent to 61% of its copper equivalent, hence the need to increase the conductor size in an aluminium cable.

Next, this article explores the rationale behind why aluminium is often chosen over copper and what safety considerations you should make when specifying your cables, to ensure they are fit for your end application.

In which conditions should copper cables be used?

As can be seen, there are number of benefits for selecting cables which utilise aluminium conductors over copper. However, there are situations where safety is critical and cables become vulnerable to increasing the severity of fire conditions, should they fail to operate.

In environments where cables are subject to harsh operating conditions, including high temperatures, humidity, contact with hydrocarbons and risk of overload, copper conductors offer longer lifecycles due to stronger material properties capable of withstanding them. Critical applications such as fire resistance require circuit integrity testing to ensure they continue to operate during fire. In green energy applications such as Solar and EV charging cables always use copper conductors as per the International standards and norms.

The density of copper is 3.25 times higher than aluminium, which is why copper conductors provide a heavy-duty alternative, but also better vibration resistance. Once installed they require less maintenance and offer a, generally, lower failure rate when compared to their aluminium counterparts. As a further added benefit they also withstand higher overload capacity in tough operating conditions.

In the past, aluminium was widely used in house wiring but due to the ‘cold creep’ effect, problems occurred when it exhibited expansion in heated conditions. Conductor expansion occurs under load and as the cable wiring cools down it returns again to the original size. This in turn, can cause loosening at connection and termination points, creating a high resistance contact, which can cause ignition or spark.

Aluminium wires also corrode more easily, and this poses a serious problem. Corrosion leads to high resistance and, thus, higher heat build-up at the connection points. In India, the use of aluminium cable products in house wiring was therefore discontinued many years ago.

With these key application considerations in mind, care should be taken depending on the level of risk to infrastructure, people and of course to the load requirements by engineering, procurement and construction companies (EPC) when they specify cables. In recent times some EPC contractors, who have significant influence over the decisions that project owners make, continue to propose aluminium conductors for use in applications that require fire resistance. A decision often based solely on the lower cost-benefits to source these cable products. This decision is concerning, as it deviates from international cable standards which specify the use of copper conductors for enhanced operational protection.

In justifying the use of aluminium cables based on cost and, sometimes, to minimise the level of theft, contractors and project owners alike put their end users and human safety a great risk. The safety of users should be the driving force, safety should always be put first as the cost of a person’s life is incomparable with the cost of replacement copper cables. Fire resistant cables are starting to be used in places where mass public movement can be observed throughout India, including applications such as the underground metro system, airports, shopping malls, hospitals, schools/universities, high-rise buildings and places where people can be seen to congregate.

The melting temperature of aluminium is 660.3 ͦ C, however fire rating for some cable standards starts at 750 ͦ C or 950 ͦ C, depending on International standards for different applications. This therefore means that aluminium cables simply cannot comply to qualify for certain performance tests, let alone survive their conditions. 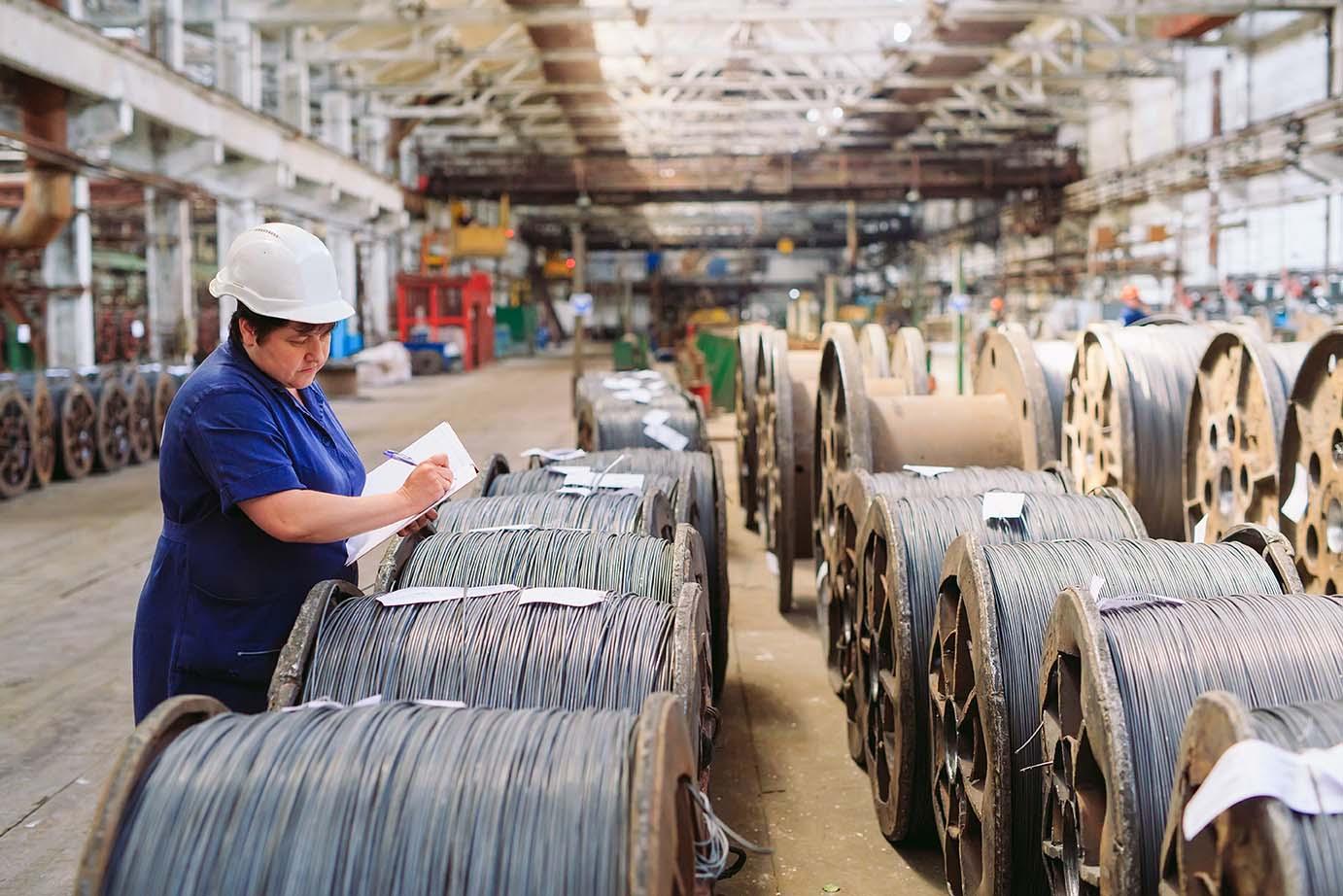 In contrast, the melting temperature of copper is 1,085°C which demonstrates that this material selection can, and should, withstand exposure to the world recognised CWZ compliance test series as per British standards at 950°C.

If a construction specifier were to use aluminium cables for fire critical equipment, there is therefore a higher likelihood and risk of failure. In applications such as public transport services, for example the Indian Metro, the need for continued functioning of alarms, lighting and sprinkler systems, lifts and conveyors are central to the safe exit of passengers who may be at risk.

A lot can be learned from the developed regions. The application of best practises and continued compliance to internationally recognised standards, helps to drive consistency of operation and reinvigorate ageing infrastructures and systems.

International fire standards can be grouped as follows:

For fire resistance the cable design standards BS 7629 for 300/500V fire alarm and emergency equipment circuits applies, BS 8592 for wiring circuits and BS 7846 for 600/1000V power cables applies. Both standards, only specify the use of copper conductor, required to meet the critical need for these cables to continue to operate essential equipment during fire situations.

Unlike the tests above, these tests cannot prove characteristics for fire resistance. Hence flame-retardant cables could be either Copper or Aluminium, as per the option given in many International or local standards such as IEC or BIS.

Aluminium cables have some advantages, they are light in weight, easy to handle and preferred for usage outside building and in areas where they are easily accessible for maintenance. However, aluminium also has this tendency to cold creep. To ensure the correct compression factor is calculated which is critical to termination systems any small change in the cables cross-sectional area could impact operations. When selecting either a copper or aluminium conductor, if the cable does not fit the lug and termination systems, the cable could under or over crimp. In turn this creates a serious fire risk, as this sizing error could result in higher resistance at termination point, meaning increased heat, risk of overload or short circuit.

Whilst some wire and cable products destined for domestic applications may be satisfactory, special attention should be taken when assessing long-term performance, reliability and impact to your reputation or operations.

Cables with copper and aluminium conductors should be selected based on application requirements, with special care taken when fire critical applications must provide you with sustained operation even during the impact of fire.

As the experts in cable testing, BASEC offers independent testing to verify individual performance characteristics such as flame retardancy or fire resistance. However, the value you gain is more substantial in the rigorous component level testing and complete cable assessments that a formal cable product approval can provide. Manufacturers worldwide work with BASEC to prove consistent levels of cable performance, reliability and quality, so you can be sure in your cable selections.

Get the latest news, plus industry standards and updates direct to your inbox.

Get the latest information and news directly from BASEC.